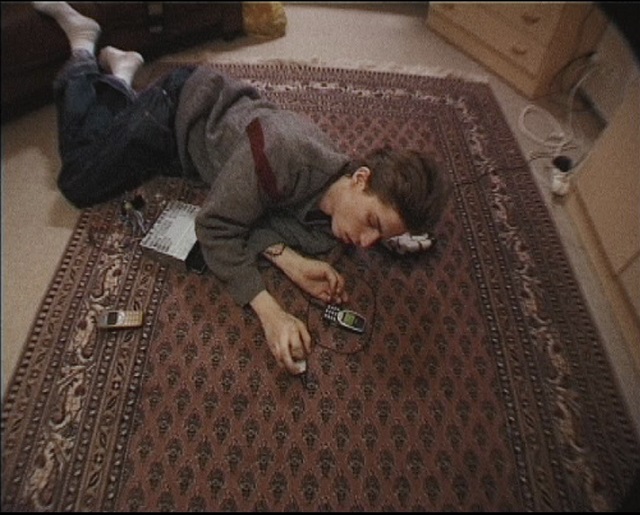 Summary:
This documentary tells the story of Jani, a 19-year-old drug addict living on social welfare among with his friends. Tired of his life in a remote city in Rovaniemi, Info/Links:
#443 on 500<400, with 293 checks.
Nominated by 72allinncallme; Armoreska; and joachimt.
On IMDb
On iCM


This movie fits the current The 21st Century Challenge.

Probably the finest gonzo documentary I've ever seen, the director was sent to prison for drug trafficking a few years after it was released.

The main character in the movie, Jani Raappana, travelled in May 2010 with Neuvonen, the director of the movie, to Cambodia. Raappana died in Phnom Penh July 7, 2010.[5] According to the local media, Raappana hanged himself.

(Warning: DON'T LOOK THIS UP UNLESS YOU WANT TO SEE PICTURES!)

In January 2013, the director of the film, Joonas Neuvonen, was sentenced to two-and-a-half years in prison for drug crimes.[6]
Top

Just finished it. I'm mostly thinking "what a loser". As a documentary I don't find it really interesting. There's hardly anything told except for the pointless and hopeless life he's leading. We don't know anything about his background. How did he get like this? We don't know how his behavior affects the lives of people around him etc...... It doesn't even make a point about how bad drugs is. That would be an obvious thing to do of course, so by keeping it with footage only without adding extra's, the movie leaves it to the audience to form their own opinion. But I have to admit, that didn't make it more interesting to me. Let's face it, it's basically just home video footage of a guy shooting pictures of his friend. I wonder if the cameraman was using drugs as well, because they clearly are friends, so he probably could just as well have pointed the camera the other way around, I guess. 6/10
ICM-profile
Fergenaprido: "I find your OCD to be adorable, J"
Top

I do agree with joachimt about how the quality of directing is like a home movie. One reason preventing me from giving this film an extremely high rating (I still gave it a good rating rating overall). Although the rest of my thoughts differ from his. I watched this film last December. I found it compelling and interesting. Definitely a dark film as you watch the descent of a young man over a period of time already tangled with drug use and crime while also wanting a better life. His life isn't necessary unique in that regard, but it was fascinating getting up close in certain scenes and watching the progression with the highs and lows. It gave me flashbacks to a drug course (involving how to treat drug overdoses and withdrawal symptoms) I took in undergrad for my psychology major.

Coincidentally I already had this lined up to watch this week.

I wasn't sure what to expect, and was definitely not expecting an entirely homevideo-style documentary. As the movie progresses, it's almost like the director went from "let's film all the random shit in my life" to "maybe this could actually be something". He becomes less observational the second half, and is asking Jani more direct questions. There were still some shots that I'm amazed were caught on camera for such an unscripted film .

I tried to have empathy for Jani and his friends. Living in a northern town can be really tough, and we have some of the same issues with depression, petty crime, and substance abuse in our isolation northern communities, because there's simply nothing else to do. So while it wasn't explained, I can sort of understand how they would fall into that cycle, especially after the Paris segment which explained a bit more of how those drugs got to Rovaniemi in the first place. Keep in mind this kid was 19, and had clearly already been using for a number of years. I hesitate to judge teenagers so harshly. That being said, I didn't really like them, and it's hard to separate their personalities from their personalities while on drugs. Way too much casual misogyny to make me think that they'd be good people sober (though that might be something lost in translation, but the English subtitles had them calling women and girls "bitch" every other time).

There's an attempt at a redemption arc, and I think one thing this movie does really well (perhaps unintentionally), is show just how hard it is to break free from the cycle of drug abuse. Overall, I thought it was effective. Nothing felt staged or scripted like you sometimes find in some documentaries.