Bouchareb's short b/w animation is related to elements in some of his features - it involves the Thiaroye massacre, a seminal event in the history of the whole continent that appears in many films, most notably Sembene's Camp de Thiaroye. This is a powerful if brief history lesson told primitively but effectively. The three Alassane animations are respectively a VERY simple story about corruption on the part of a leader, a mythical quest narrative, and a boxing match between stop-motion animals - Samba le grand was probably my favorite but none were very good or very bad really. Le jeu contrasts kids playing with toy guns and men playing with real guns fairly effectively. Pumzi is a beautiful 'scope science fiction short about a woman in a far-future post-apocalyptic environment where everybody lives underground finding a viable seed in the outside, and trying - against orders - to take it out into the wastelands and let it sprout and flower. My favorite of this bunch easily, with quite high production values. Le damier is a mostly amusing piece about a President-for-Life who can't find anybody to play checkers (draughts) with and finally meets his match, with inevitable - less comic - results.

I was knocked out by Hondo's first feature Soleil Ô when I saw it as part of this challenge last year, and liked his Sarrounia a lot as well, so this was something I was really looking forward to. The two other features - especially the first - have their difficulties for those not all that knowledgeable about colonial history or Mauritania, but this one is on another level and I really didn't know what I was watching much of the time. Thankfully the frame of the film outside the narrative - the staging, production and music specifically, as this is a theatrical musical of a sort, are all pretty interesting and make this fairly watchable, but I'm not really sure in the end what to think of it. It's a dialogue between the colonialists - both white and black, the slaves and later "free" inhabitants of Martinique (and I think some other colonies/countries), the military, and the French government, over the place of blacks in French and colonial/island/African society over 400 years, told often in music and rhyme, and seeming to flit between particularly historical moments in ways that often perplexed me. I'm not sure what to compare it to or how to go further in explaining or getting at it; in some respects I guess this feels a bit like Peter Watkins, particularly La commune but that's not really saying much. I also watched this too late after driving all day, so there's that, but I think even under the best of situations this would have been a challenge. In any case more proof that Hondo was one of the most original and complicated of African filmmakers, and I look forward to seeing more (when will that be possible?) and returning to this someday armed with more knowledge.
Top

Facing some computer issues, have to report this in as simple a way as I can... 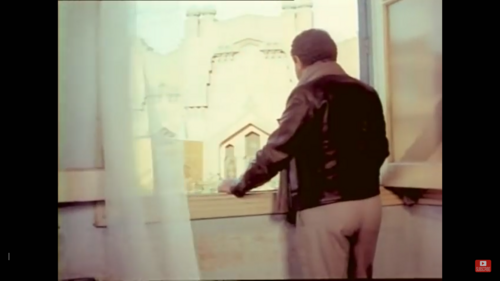 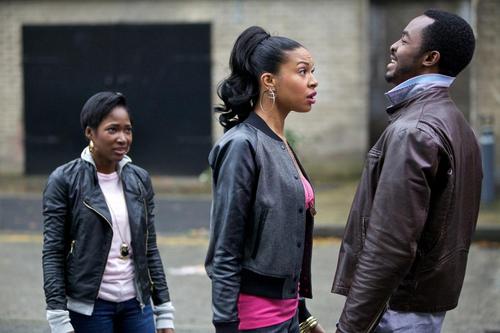 I watched as well two short films - 'Enemy of the Rising Sun' from Obinna Onwuekwe and 'The Sound Man' from Chip Duncan - but they only come to 47 minutes in combined running-time, so not quite enough for another point. I should have remembered to squeeze in another short yesterday...

Thanks for hosting, blocho. I enjoyed the challenge a lot.

The Africa Challenge is over. Thanks goes out to all participants. Please submit any final February watches in the next 24 hours. I'll probably update with final stats on Monday evening.
Top

I thought I would get in a few more features, but expect to watch a few that I didn't get to in this month's Crime (Tsotsi) and Films Directed by Women (Atlantique, Rafiki, I Am Not a Witch) challenges.
Top

The Africa Challenge is over. Thanks to all participants. It's been a lot of fun to host. For complete results, look in the OP.

Headline Stats
We finished with 20 participants who collectively accumulated a total of 207 points. That works out to a mean score of 10.4 points and a median of 6 points. With a final push, jdidaco won the main challenge with 36 points, followed closely by Mario Gaborovic with 34 points and blueboybob with 26 points.

Bonus Challenge #1: Travel the Continent
Mario and jdidaco tied to win this bonus challenge. Each visited an impressive 24 countries/territories. Sol and ororama tied for third, having visited 12 countries. Ororama notably pulled off this feat despite earning only six points. Overall, participants saw movies from 49 of the 57 eligible countries/territories. South Africa was the most popular country with 23 points. Senegal was next with 20, and Egypt after that with 18 (not including shorts). The following countries/territories went unvisited: And here's a complete breakdown of the visited countries and how many points they got (not including shorts):
Bonus Challenge #2 - Individual Country Champions
Five participants became individual country champions, with RogerTheMovieManiac88 leading the way by winning Nigeria with 11 points. Blueboybob won Egypt with 9 points. Mario Gaborovic was champion of South Africa with 7 points. With 5 points each, jdidaco won Morocco and sol won Zimbabwe.

But Mayotte was visited (albeit the film is not on IMDB yet).

Wow, I'm surprised that I'm the only person who visited Burkina Faso since I usually hear it cited as one of the big film producing African nations.

Thanks for the complete stats. Was Who Killed Captain Alex the most watched film this Challenge? Do you have a list of films watched more than once?
Former IMDb message boards user // iCM | IMDb | Letterboxd | My top 750 films // Long live the new flesh!

sol wrote: ↑March 3rd, 2020, 12:42 pm Thanks for the complete stats. Was Who Killed Captain Alex the most watched film this Challenge? Do you have a list of films watched more than once?

I don't have such a list. But my guess is that Atlantics was the most watched movie.
Top

I first think of Malagawi - from Le professionnel (1981) with Belmondo. Something like a crossbreed of Madagascar and Malawi, I guess.
Top

I first think of Malagawi - from Le professionnel (1981) with Belmondo. Something like a crossbreed of Madagascar and Malawi, I guess.

Maybe the next time there's an African Challenge, we'll have a bonus challenge just for movies featuring fictional African countries. We could do the same for the South America challenge as well -- I've long been a fan of San Theodoros from the Tintin comics.

sol wrote: ↑March 3rd, 2020, 12:42 pm Wow, I'm surprised that I'm the only person who visited Burkina Faso since I usually hear it cited as one of the big film producing African nations.

Thanks for the complete stats. Was Who Killed Captain Alex the most watched film this Challenge? Do you have a list of films watched more than once?

I've seen 11 films from BF, and have half a dozen more waiting - if I'd had more time for this challenge (or any of them) this past month I'm sure I would have gotten there. Always seems to be the small-country challenges that I want to work on, and it always seems something gets in the way (except for Iran last year).
Top

One last stat: This challenge has the lowest point total for the winner (36) since Burney won the Samurai challenge in December 2016 with 15 points.

Once again: why is Mayotte among unvisited countries if I watched Wassi?
Top

Mario Gaborović wrote: ↑March 5th, 2020, 5:56 pm Once again: why is Mayotte among unvisited countries if I watched Wassi?

Mario, I'm happy to change it for you.
Top

Mario Gaborović wrote: ↑March 5th, 2020, 5:56 pm Once again: why is Mayotte among unvisited countries if I watched Wassi?

Mario, I'm happy to change it for you.