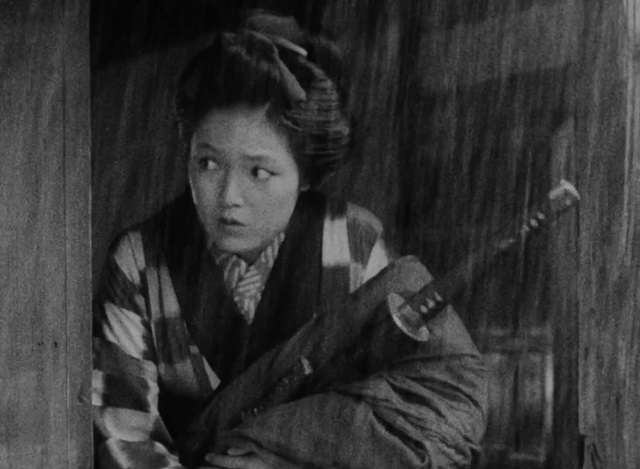 Summary:
The last three days in the life of Ryoma Sakamoto, an imperial loyalist who tried to unite the warring Choshu and Satsuma clans in order to overthrow the Shogunate.


Here is a schedule of all the FotWs.
Here is an iCM list of all FotWs.

This movie fits the current Waves from Around the World Challenge.
ICM-profile
Fergenaprido: "I find your OCD to be adorable, J"
Top

So I watched it last night. Definitely felt like the 70s had infected the samurai genre with almost a guerrilla cinema sensibility. Main character is running, so why shouldn't the camera? IDK. I wasn't all that impressed though, like in Monty mentioned, it is an interesting "humanized" take and quite different from the usual heroes. For 1974, the choice of black and white created distance, I didn't connect with any of the characters, nor did I particularly care about their plight. While I'm familiar with the historical period, Ryoma wasn't a name I remembered.

It's interesting as a film - for the stylistic choices made and as a reaction to what was happening with the movement away from the studio system (I've no idea if this was happening much in Japan though clearly Japan has a strong history of avant garde and experimental filmmaking) - but I thought this film as much influenced by the likes of Easy Rider as genre expectations. Kind of surprising it's not on Tarantino's list. Wonder if he's seen it or not, but I'd think the final shot would be right up his alley.

More a film for kinophiles than average cinema goers, but not sure it will stay with me for very long.
Last edited by xianjiro on March 20th, 2021, 5:08 pm, edited 2 times in total.
Top

Not at all what I had expected, honestly. Decent enough, though. 6/10
ICM
April Challenge:

But at the bottom, the immanent philosopher sees in the entire universe only the deepest longing for absolute annihilation, and it is as if he clearly hears the call that permeates all spheres of heaven: Redemption! Redemption! Death to our life! and the comforting answer: you will all find annihilation and be redeemed!
Top
Post Reply
4 posts • Page 1 of 1